The increasing popularity of Bitcoin, many people are looking for various things about Bitcoin. One of them is Proof of Work.

This time, VCGamers will discuss in full the explanation of Proof of Work, its context in Cryptocurrency, and how it works.

Proof of Work is one of the terms that exist in the cryptocurrency world. So, as someone who wants to pursue the world of cryptocurrency, you must know what PoW is.

Explanation of Proof of Work

As cryptocurrencies become popular, especially Bitcoin, of course many are interested in pursuing the crypto world so many are looking for explanations about PoW.

However, the concept of PoW predates Bitcoin. The term PoW was coined from a document by Markus Jakobsson published in 1999.

The concept was later adopted by Hal Finney as a digital money security mechanism in 2004. Hal Finney used SHA-256 hashing through the idea of reusable PoW.

So, PoW is a system that aims to prevent cyber attacks against crypto assets such as Distributed Denial of Service or DDoS, email spam, and other threats.

PoW is also a system that requires a lot of power but is suitable for preventing harmful use of computing power.

Proof of Work in Cryptocurrencies

One of the most famous crypto assets is Bitcoin. Bitcoins supported by the Blockchain network and in Blockchian, all Bitcoin transactions are recorded and arranged in successive blocks.

This method is an attempt to prevent users who want to counterfeit the use of Bitcoin.

Because of this, user transactions will be recorded in blocks and identified as hashes. The long, functional string of numbers in the hash is called Proof of Work.

Not only Bitcoin Blockchain, PoW is also useful for Ethereum and other Blockchain networks.

There are various functions that vary according to their uses and purposes in the context of cryptocurrencies.

PoW is a requirement to provide a definition of sophisticated computer calculations, namely mining computers.

There are uses for PoW in mining is to create a new group of transactions called blocks distributed under the Blockchain name.

There is a mining function, which is to verify a transaction and avoid things like double spending.

Furthermore, mining also functions to create new crypto assets with rewards given to miners who perform previous tasks or jobs with mining machines.

So, there are transactions that are combined into blocks, miners who verify each transaction, and miners who solve mathematical equations which is PoW.

Finally, after completing a mathematical equation, there will be rewards for miners or miners. Thus the discussion on Proof of Work.

$VCG Tokens has been officially registered at Bappebti or the Commodity Futures Trading Supervisory Agency and the Indonesian Ministry of Trade as crypto assets traded on the physical crypto asset market.

Not only that, $VCG Token is the currency in the first metaverse in Indonesia, namely RansVerse with the collaboration of VCGamers, RANS Entertainment, Shinta VR, and UpBanx.

Follow along Update $VCG Token only in VC News.

Games Have an Important Role in the Development of Web3 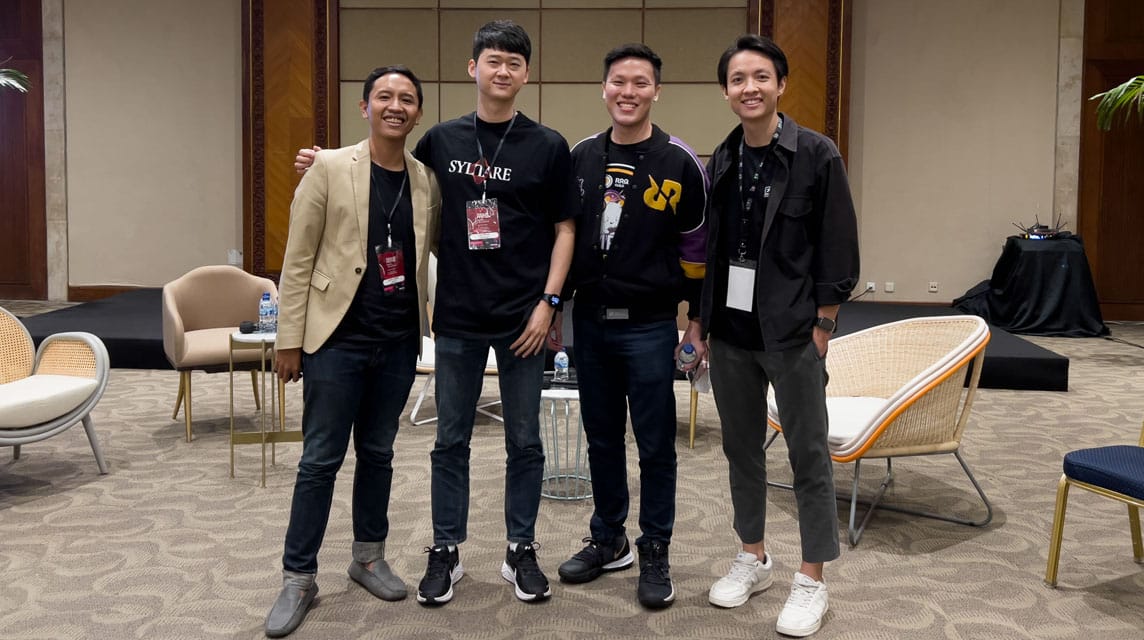 Get to know the First Metaverse in Indonesia, RansVerse

Binance Cancels Acquisition of FTX: Chronology and Impact on the Market

Links and How to Get Mobile Legends HD Wallpapers!